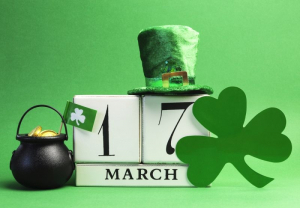 St Patricks Day – Who, What, Why and When?! Saint Patrick's Day, or the Feast of Saint Patrick, is a cultural and religious celebration held on 17th March, the traditional death date of Saint Patrick, the foremost patron saint of Ireland. Nowadays, St Patrick's Day is a global celebration of Irish culture. It particularly remembers St Patrick, one of Ireland's patron saints, who ministered Christianity in Ireland during the fifth century. St Patrick's Day is celebrated in countries with people of Irish descent. If you are Irish, you are likely to take part in that time-honored tradition of wearing green. If not, you risk punishment by pinch, an especially popular custom on schoolyards and around office water coolers. Thus, wearing green on Saint Patrick’s Day is not only widely practiced, it’s virtually required! It’s hard to imagine the holiday without green. But for a growing number of people, taking part in the holiday means wearing orange. According to this increasingly popular tradition, Protestants wear orange and leave green attire to Catholics. Thus, the colour you wear actually depends on your religious affiliation. While this colour tradition is not well known, it has deep roots in Irish history. Protestant Irish have been known as “orange” ever since 1690, when William of Orange (William III), the king of England, Scotland, and Ireland, defeated King James II, a Roman Catholic, in the Battle of the Boyne near Dublin. King William’s victory would ensure Protestant dominance on the island and has been a source of tension ever since. Although the “Orange” in William’s name actually referred to a province in southern France, the colour reference stuck. This is why orange now appears in the Irish flag — to symbolize the Protestant minority in Ireland. Thus, “Orange Protestants” have been around for quite a while, but wearing the colour on Saint Patrick’s is a relatively new phenomenon. Ironically, Saint Patrick himself would have been surprised by all of the fuss. Patrick wasn’t even Irish; he came to Celtic Ireland as a British missionary. More importantly, Patrick did most of his work in the fifth century, at a time when Christians were simply Christians, long before any division was evident between Roman Catholics and Protestants. Therefore, some believe that Saint Patrick belongs to the whole church, not just Rome, and people of all colours and creeds should take part in the festivities. Will you be joining us for a pint or 2 and maybe a delicious meal? Book your table now www.thebutchersarms.pub
Published in News & Events
Read more...
Thursday, 13 February 2020 12:37 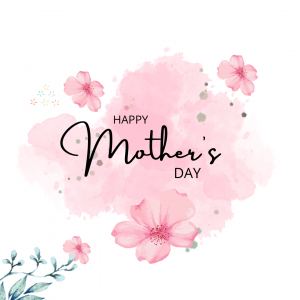 What Is Mothers Day All About?

Mothers Day this year falls on 22nd March - how will you be showing your mum what a great mum she really is?

Mother’s Day is a day for many people to show their appreciation towards mothers and mother figures worldwide. It is an annual event but is held at different dates in the calendar, depending on the country.

What Do People Do?

Many people remember their mothers and mother figures on Mother’s Day. Mother figures may include stepmothers, relatives, mothers-in-law, a guardian (eg. a foster parent), or a family friend. There are many different ways to celebrate Mother’s Day. They include (but are not limited to):

Family breakfasts, brunches, lunches, and dinners either at home or at a restaurant.

Personal phone calls, particularly from children who live away from their mothers and/or mother figures.

Mother’s Day is celebrated in different countries, including China where carnations are popular Mother’s Day presents. Some groups in Samoa organize elaborate song and dance performances throughout the country. They celebrate the contributions that mothers make to Samoan society.

Mother’s Day falls on different days depending on the countries where it is celebrated. It is held on the second Sunday of May in many countries, such as Australia, Canada and the United States. It is held exactly three weeks before Easter Sunday in the United Kingdom. Sundays are usually non-school and non-working days in these countries.

Mother’s Day is an annual public holiday in countries such as Costa Rica (August 15, on the same day as Assumption Day), Georgia (March 3), Samoa (second Monday of May), and Thailand (August 12). Restaurants and cafes may be busier than usual as some people take their mothers out for a treat.

Early Mother's Day celebrations can be dated back to the spring celebrations to honor Rhea, the Mother of the Gods, in ancient Greek civilization, according to some sources. Later, Mothering Sunday in the United Kingdom was traditionally a day for people to visit the church where they were baptized, although it now also celebrates motherhood in modern times.

The modern-day origins of Mother's Day can be attributed to two women – Julia Ward Howe and Anna Jarvis, who were important in establishing the tradition in the United States. Around 1870, Julia Ward Howe called for Mother's Day to be celebrated each year. It continued to be held in Boston for about 10 years under her sponsorship, but died out after that. Other sources say that Juliet Calhoun Blakely initiated Mother’s Day in Albion, Michigan, in the late 1800s. Her sons paid tribute to her each year and urged others to honor their mothers.

In 1907, Anna Jarvis held a private Mother's Day celebration in memory of her mother, Ann Jarvis, in Grafton, West Virginia. In 1908, she played a key role in arranging a church service that attracted 407 children and their mothers. A Mother’s Day International Association was founded in 1912 to promote the holiday in other countries. Mother’s Day has grown increasingly popular since then.

There are various ways to show an appreciation for mothers and mother figures on Mother’s Day. They include white carnations as one of many!

How to treat your mum?

If you are looking to treat your mum this mother’s day, book a table in our gorgeous restaurant – we will be releasing some mother’s day specials closer to the date, or choose from our delicious Sunday Menu – don’t skimp on puddings or cocktails! 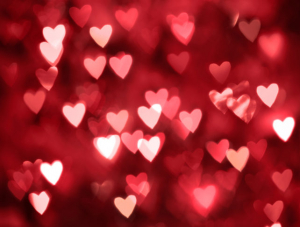 What is Valentine’s Day All About Anyway? Each year on February 14th, people exchange cards, chocolate or flowers with their special “valentine.” St. Valentine’s Day is named for a Christian martyr and dates back to the 5th century but has origins in the Roman holiday Lupercalia. But who is this mysterious St Valentine and where did these traditions come from? The Legend of St. Valentine The history of Valentine’s Day–and the story of its patron saint–is shrouded in mystery. We do know that February has long been celebrated as a month of romance, and that St. Valentine’s Day, as we know it today, contains vestiges of both Christian and ancient Roman tradition. But who was Saint Valentine, and how did he become associated with this ancient rite? The Real St. Valentine The Catholic Church recognizes at least three different saints named Valentine or Valentinus, all of whom were martyred. One legend contends that Valentine was a priest who served during the third century in Rome. When Emperor Claudius II decided that single men made better soldiers than those with wives and families, he outlawed marriage for young men. Valentine, realizing the injustice of the decree, defied Claudius and continued to perform marriages for young lovers in secret. When Valentine’s actions were discovered, Claudius ordered that he be put to death. Still others insist that it was Saint Valentine of Terni, a bishop, who was the true namesake of the holiday. He, too, was beheaded by Claudius II outside Rome. Other stories suggest that Valentine may have been killed for attempting to help Christians escape harsh Roman prisons, where they were often beaten and tortured. According to one legend, an imprisoned Valentine actually sent the first “valentine” greeting himself after he fell in love with a young girl–possibly his jailor’s daughter–who visited him during his confinement. Before his death, it is alleged that he wrote her a letter signed “From your Valentine,” an expression that is still in use today. Although the truth behind the Valentine legends is murky, the stories all emphasize his appeal as a sympathetic, heroic and–most importantly–romantic figure. By the Middle Ages, perhaps thanks to this reputation, Valentine would become one of the most popular saints in England and France. So, there we have it! Some ideas as to why we celebrate this day of love in February! Book your table for lunch or dinner Valentines Day Dinner now www.thebutchersarms.pub
Published in News & Events
Read more...